Let’s find Most Popular Gaming YouTubers on YouTube. But who among the many talented creators have the most subscribers on the platform?

Gaming has become the most popular and lucrative genre on YouTube. This talented creator produces tons of content for their dedicated fans. Most of the popular among these gaming influencers have been churning out videos for years. While fine-tuning their style and finding their niche.

According to the popular YouTube Official Blog. There are now over more than 40 million active gaming channels, generating over 100+ Billion watch time hours in 2021. In fact, even celebrities are also starting gaming YouTube channels.

With so many gaming channels & gamers out there. It takes great timing, witty humour, hard work, & a dedicated fanbase to stand out. The Best YouTubers who have managed to nail all of these tend to have the most subscribers today.

With a whopping over 110+ million subscribers. PewDiePie is the most popular gaming YouTube channel History. Also out there and is one of the most subscribed channels on the youtube platform. Swedish content creator Felix Arvid Ulf Kjellberg started his gaming channel. PewDiePie in 2010, growing it to become one of the most iconic pages in the gaming community of all time.

PewDiePie pioneered a lot’s of the common formats found in gaming channels today. It seems that there is no one specific thing that led to Felix’s massive success. As it was a combination of his Let us Play-style videos, witty humour. Consistency & genuine gaming skills propelled him to the top.

Germán Alejandro Garmendia Aranis is a massively successful Chilean YouTuber. He covers a wide array of games on his channel, JuegaGerman. He does also humorous commentaries on popular games like The Last of Us 2, Far Cry 5 & Minecraft.
Fans know they can rely on JuegaGerman to be consistent with his uploads. Since starting his youtube channel in 2013, The YouTuber has not missed a little beat. Always uploading at least 5 videos every month. Combined with smart comedy & decent skills. It is no surprise that JuegaGerman has become 1 of the most popular gaming YouTubers of all time.

The Salvadoran Luis Fernando Flores Alvardo has made a name for himself on youtube. The gaming community through his humorous content on YouTube channel. He started his youtube journey in 2011 & has gained millions of followers since then.

Fernanfloo splits his time between YouTube & Twitch also. However, his channel uploads sometimes falling by the wayside. This obviously has not become a problem for his YouTube channel growth, as fans are always eagerly awaiting his next hilarious Let us Play & reaction videos for games like Resident Evil and Five Nights at Freddy’s.

Who’s going to be the next player to wear Barcelona’s no.10 shirt ?

Alisson Becker Signed A New Team For a Long-Term Deal 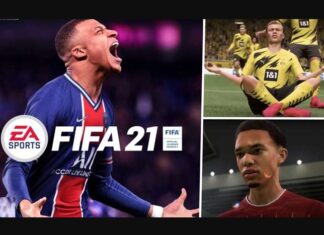 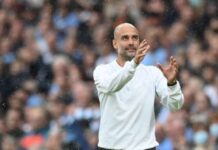 ‘My story at Real Madrid has been written’ – Ronaldo denies...

Who’s going to be the next player to wear Barcelona’s no.10...

what new games are coming out for ps5

Messi refused to take the number 10 from Neymar 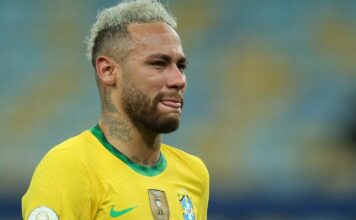 Neymar expects World Cup 2022 to be his last!

Why messi leave Barcelona? There was an secrete reason

Game Hunt News is your news, entertainment, Sports website. We provide you with the latest breaking news and videos straight from the entertainment industry.
About US
Privacy-Policy
Contact us: [email protected]

Football Best Player In The World 2021