Home Sport Today Football Mardle: If you're not darts match-fit, you've got no chance

Wayne Mardle has pointed to Joe Cullen and Luke Humphries for being mentally and physically prepared for matches with the pair making superb starts to the season; “If you’re not match-fit, you’ve got no chance”

“You don’t have to be fit to win darts events, but you have to be darts match-fit,” Wayne Mardle believes it’s important for players to be mentally and physically prepared.

Cullen and Humphries have pointed the way for the young crop of darting talent to follow in their footsteps by looking good on the oche and feeling fit and healthy – both physically and mentally.

“Luke Humphries has lost a lot of weight. He’s as fit as he’s probably been as a human being and he feels a million dollars because he’s winning. Life is great,” Mardle told the Sky Sports Darts Podcast.

“Darts needs these youngsters coming through that are looking good.

“You can be unfit in regards of struggling day-to-day running about but darts fit is being ready for that 20-minute spurt to win a best of 11, then resting for an hour and then doing it again.

“After that last game, you’re absolutely battered and fatigued. Your body is used to that.” 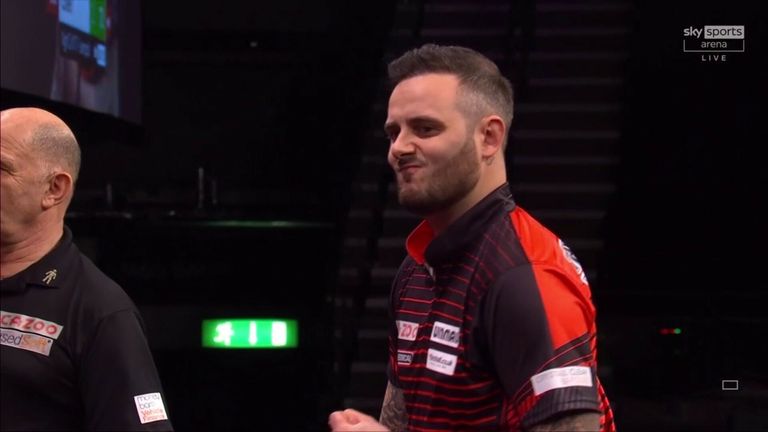 Mardle has also been hugely impressed by the way Cullen has started the season after winning at the Masters and finishing as runner-up on Night Two in Liverpool.

“Now Joe is in the Premier League, he feels like the elite and when he won his first game on Night Two, he came off and said to me and Mark Webster ‘that’s a relief’ and it’s since then that he’s looked a different animal,” said ‘Hawaii 501’.

“I think he’s going to go from strength to strength. I’m not going to say major after major, but he’s seen the Premier League as ‘look at me, I’m in the elite and I’ll show you how good I am’ and he’s doing a good job.”

“You do miss that atmosphere and the cut and thrust of just being at the proper arenas. I’m enjoying it and I’m enjoying the format,” said Mardle.

“I was sceptical. I’m always sceptical when it comes to format changes. I want to see it work but ‘it’s working’. Don’t get me wrong it’s a bit harder for the players and playing three times a night is not that simple – you got to get your preparation right, you don’t want to overdo it and run out of steam.

“I think that the players are relishing it and as for being back at the arenas that are chockablock, it’s proper darts, again!”

Check out daily Darts news on skysports.com/darts, our app for mobile devices and our Twitter account @skysportsdarts. We’re back for more Premier League action from the Westpoint Exeter on Thursday, March 3 from 7pm on Sky Sports Arena.